Depression is a serious mental health condition that affects millions of adults living in the United States. According to the Anxiety and Depression Association of America, roughly 15 million adults in the U.S. suffer from major depressive disorder. That equals nearly seven percent of people who are 18 years old or older. Of people who are affected by depression, a majority are female; however, many men suffer from it as well. This is a condition that can have serious consequences if left untreated and can even result in death. For this reason, it is important for people to recognize and understand depression so that they may better help sufferers seek the care that they need.

In terms of mental health, depression is a mood disorder in which a person suffers from severe symptoms associated with an extremely low mood. Depression varies widely in severity, frequency, and duration. In the worst cases, it is a severe and long-term problem. Some types of depression can also negatively affect other people in the victim’s life, including coworkers, children, spouses, and other friends and loved ones.

Of these, the most common form of depressive disorder is major depression. This type of depression lasts more than two weeks and is characterized by five or more of its symptoms for a majority of the days in each week. It also affects as many as seven percent of people in the United States. Episodes of persistent depressive disorder generally last for two years at a time, and this illness has most of the same symptoms that are associated with major depression; however, while the duration of the symptoms is longer, they tend to be less severe.

Depression is caused by several different factors that can include one’s relationships, lifestyle, genetics, hormone levels, and coping skills. Certain types of stress or stressful situations may also be an underlying or direct cause of depression. These include divorce, trauma, health problems, or loss of employment. Other potential causes include loneliness, lack of friends or social support, and substance abuse.

The symptoms of depression involve feelings of extreme sadness that are much greater and more persistent than normal feelings of sadness. Someone suffering from depression might also experience feelings of guilt, irritability, and hopelessness. Other symptoms may include a loss of interest in previously enjoyed activities, changes in weight, insomnia, difficulty concentrating, and suicidal thoughts or actions. People who have bipolar disorder also have the symptoms of depression when they are in a low period, but during the high periods, they may experience excess energy, a lack of sleep, poor judgment, increased sex drive, and racing thoughts.

For people with depression, the love and friendship of others is crucial. While it can be difficult emotionally for loved ones, their encouragement and support can be like a lifeline. In helping a depressed person, be supportive and listen to what they have to say. Encourage them to seek help, even if it is for a general checkup, and offer to go with them for support. You can also help people with depression by encouraging them to engage in enjoyable activities, but if they don’t feel able to do so, be patient with them. While helping a friend or family member to get the help they deserve, having patience is of the utmost importance.

Complete the form below to book your appointment today. 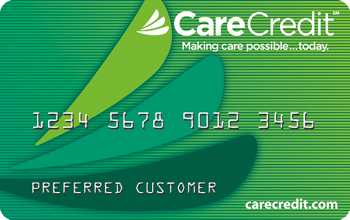 CareCredit is a healthcare credit card designed for your health and wellness needs. Pay for the costs of many treatments and procedures through convenient monthly payments.

New patients are welcome! To request an appointment use our online form or call:

The Dental Center of Goshen